Back in the early 1990’s I spent a year in bed with chronic fatigue syndrome and the constant pain of fibromyalgia. I was too tired to work, too foggy to think, too pained to participate normally in life, too feeble to do anything that I had previously done in my life. I was always so tired that I felt that I was going to die if I didn’t lie down, however once I did I couldn’t always sleep because of the horrible pain throughout my body.

I became a dependent for the first time in my adult life, and must have been difficult to live with because I was either passive and emotionless or irritable and angry all of the time. I felt like a victim and I could not share any energy with anybody else because I was in basic survival mode and felt like I was going to die. My body hurt so badly that even a light touch of a feather set off inner alarms and I went into protect-me mode. I am grateful that my dear husband stayed with me throughout this ordeal because it sure took a lot of patience and loyalty.

There were very few advantages of my health condition at that time, however there were some. For the first time in my life I allowed myself to take a nap when I needed it – without feeling guilty or lazy. I was unable to work so I had a lot of time to think and meditate on my life when my fuzzy brain allowed it. I was surrounded by my own victimhood and it became intolerable. I learned how to really slow down and BE. (I  had been a meditator for years, and this really slowed down my fast pace so that I was able to really just BE – even though it was such a painful existance.)

One day I woke up and realized that my long blonde hair was starting to fall out. This was the final straw, and on that day I declared that either I was going to get well or I was going to leave the planet. I was sick and tired of being a victim! (No pun intended!) And I was useless to myself, my husband, my friends and family, and my clients. My life was a waste and I was not going to bear it any longer. I hated victimhood and cleared that out of my system then – for good!

Within two days of my declaration I was synchronistically led to a healthfood shop in another town, and upon entering the front door I practically ran into a large rack of brochures which spoke directly of my symptoms, the cause of the conditions I suffered, and how to get well. After so much introspection, soul-searching, and time to clear inner muddiness of what I wanted in my life, these brochures gave me the final tips on how to clear out the condition and get well.

Two months later I was pain-free, my energy had returned, and I had lost twenty pounds. I felt so much better than I had felt in over a year. I was back! I had learned many lessons, and soon after I started working with others to help them re-claim their lives from chronic fatigue and other auto-immune conditions. I was not going to accept that life sentence of pain and fatigue, and there are many others who also are seeking a way out. I am honored to be able to help guide them back to health and well-being!

Fibromyalgia is Common in Autoimmune

Chronic Fatigue in Autoimmune and in Life 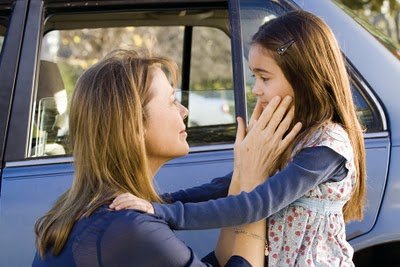