Today is SUCH a wonderful day, and I feel better than I’ve felt all week. In the last several weeks I have been facilitating lots of energy work with others using Emotional Freedom Technique EFT. When I facilitate this I tap along with my client or group, so not only am I helping them energetically, but I am also getting the benefits of the tapping. I’ve also been doing some of my own inner energetic de-toxing, and these combined have had some very interesting results in my body.

I have always said that when one discharges unbeneficial energetics or frees oneself of emotional blockages, the energy is cleared, however there is always another step. Because we live in physical bodies that absorb and reflect the energetics of their electro-magnetic fields, there is a denser process that occurs when the body lets go of the remaining energetic or emotional residue that has accumulated there. Just like when you consciously initiate a physical de-tox process in order to cleanse your body, when you consciously discharge energetics or emotional blockages the body automatically lets go of old energy toxins that it has stored. And, the de-tox process can take many forms.

Two weeks ago I led a group and a private client using emotional freedom technique, where the focus of both sessions was on breathing easily – both inhaling and exhaling. I felt lots of energy shifts in my own sinus cavities as I was doing this. During the week following those two sessions I noticed that I sneezed a lot and that my sinuses were sensitive. During the next week’s group session another person and I were both suffering from stopped up sinuses and, as many of the other participants could relate to the concept of “congestion” in some aspect of their lives, we all tapped on that using EFT. After that session we all felt some more shifts. The sinus congestion that I felt continued to move around my sinuses and into my throat. During this entire ten-day or more process I have worked every day, kept busy for long hours – as usual. I have generally slept well at night, and have kept to myself in case others thought I would contaminate them. I have resisted any thought that I may have “caught a bug”, because I think that every time our body reacts there is a basic reason, and I KNOW how much energy I have been shifting lately. It just doesn’t FEEL like a basic cold!!  ;-))

So, remember that when our bodies flush out toxins we often see it as a form of dis-ease. Whether it is an upper body respiratory de-tox or a lower body intestinal flush, our society sees these times of discomfort as a form of “sickness” rather than a process of regaining health through purging the toxic substances that are no longer beneficial.

My suggestion is that 1- when and after you do energy work remember to drink LOTS of water to allow the energy to move within the body and not get stuck, 2- watch for results of your energy work in your inner psyche and outer life around you, 3- be aware of when and how your body de-toxes of the remaining remnants of the old energy or emotions that you have purged. Feel the positive power of the entire process!!  ;-)) 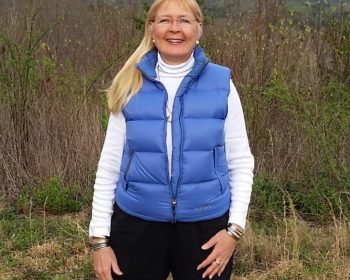